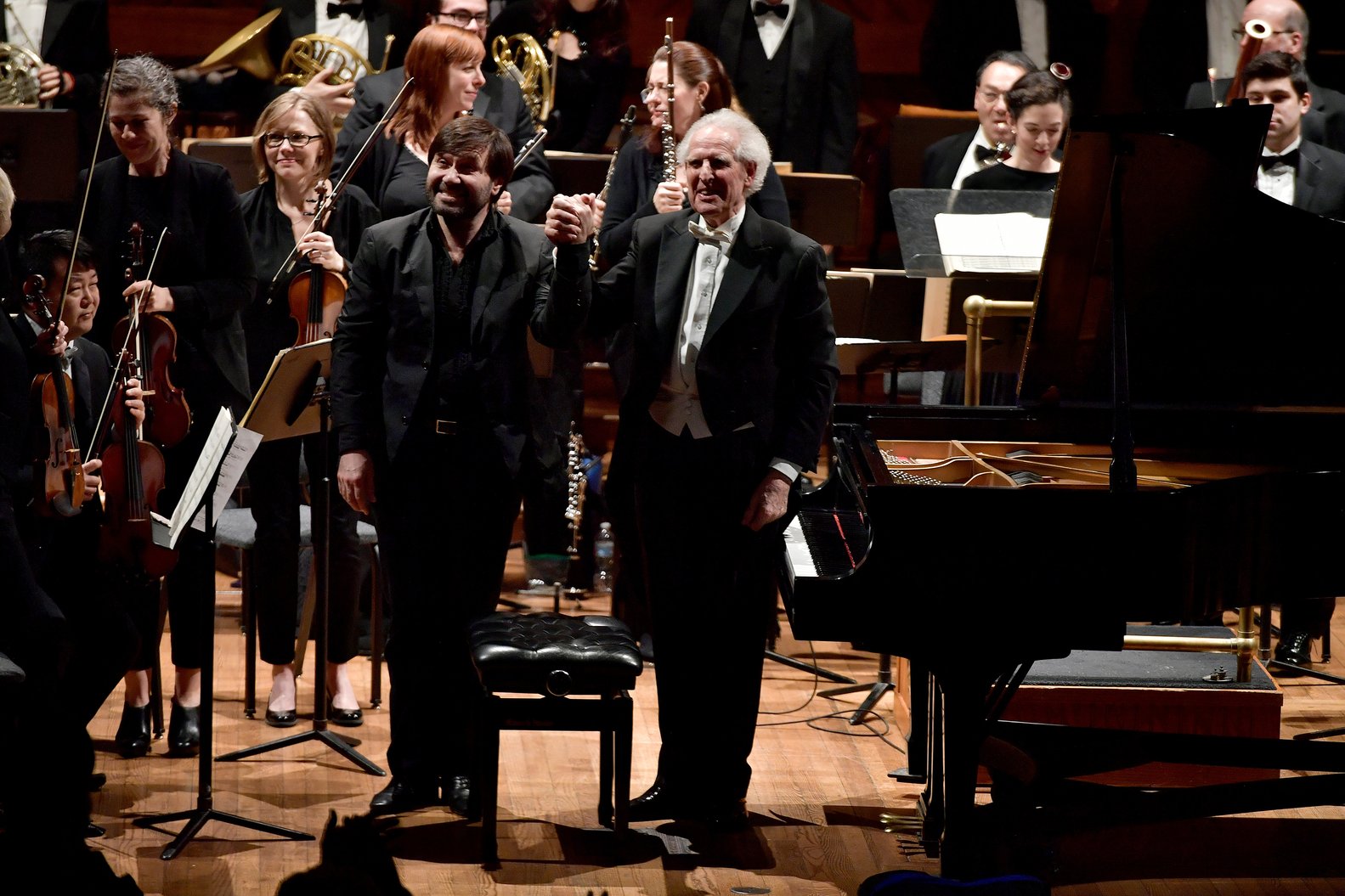 For many pianists, Prokofiev’s Piano Concerto No. 3 has been the work on which to launch a major career. Vladimir Horowitz, Martha Argerich and Garrick Ohlsson, among others, made the concerto into a personal statement, and each is remembered for delivering steely, flashy interpretations of the blazingly difficult score.

But for pianist Alexander Korsantia, Prokofiev’s Third is also a vehicle for intimate musicality. As part of the Boston Philharmonic’s all-Russian program, led by Benjamin Zander Thursday night at Sanders Theatre, Korsantia delivered a performance of searching expressivity.

The Tbilisi, Georgia-born, Boston-based musician possesses a sterling technique. But there is a warmth to his playing that draws in listeners. Both qualities were on display Thursday. The trickling passages of the concerto’s first movement exuded an almost Mozartean delicacy, and the slow sections were shaded with creamy tone, the phrases rising and falling like breath. In the second movement’s opening theme, the music seemed to glow at a distance.

There were plenty of exciting moments as well. The heavy chords in the first movement had a crash-and-bang intensity, a contrast to Korsantia’s smoothness elsewhere, and the third movement was spiced with lines of weight and crispness that kept the music driving right up the end.

Korsantia shone brightest in the variations of the second movement. But throughout, from the fiery first movement to the haunting third, he played with the sensitivity of a chamber musician. The orchestra, under Zander’s guide, wrapped Korsantia in silvery sheets of sound.

A similarly colorful reading also characterized Tchaikovsky’s Symphony No. 4, which filled out the second half of the program.

Completed in 1878 in the wake of the composer’s disastrous marriage to Antonina Milyukova, the symphony is a journey from tragedy to triumph. Many interpretations of this score result in quick tempos and an almost vulgar intensity, particularly in the final movement. Tchaikovsky supplied no metronome markings, but left detailed descriptions of how the music should unfold. Zander, drawing from those writings, mined a contemplative performance from this well-traveled warhorse.

In the long first movement, Zander opted for fleet tempos, which enabled the waltzing themes to lift off the ground. The music’s pathos was baked into this reading, and the lines swelled and swirled robustly. The “Fate” theme sounded bold and brilliant in the brass.

Zander’s quick tempos supplied momentum to the warm string passages of the second movement. In the third, he slowed the pace somewhat to ensure a precise rendering of that movement’s military march, although the pizzicato statements framing the march lacked their expected grace. The broad tempo did not hinder Zander’s reading of the finale, which resounded with clarity, power and forward motion. The triumphal conclusion unfolded naturally, without laboriousness.

The orchestra sounded as good as it ever has. Strings brought a shimmering quality to Tchaikovsky’s soaring lines, and winds shaped their phrases in singing arcs. The standouts included the warm oboe solo, which opened the second movement, and the sparkling piccolo feature that peppered the third.

For the concert’s opener, Mussorgsky’s Khovanschina prelude, the orchestra set a bucolic scene. This short work was to be the curtain raiser for an opera left incomplete at the time of Mussorgsky’s death; Nikolai Rimsky-Korsakov later orchestrated it to exquisite effect. Thursday’s performance was softly radiant, with string phrases that flowed and solo clarinet adding a faraway, beckoning call.