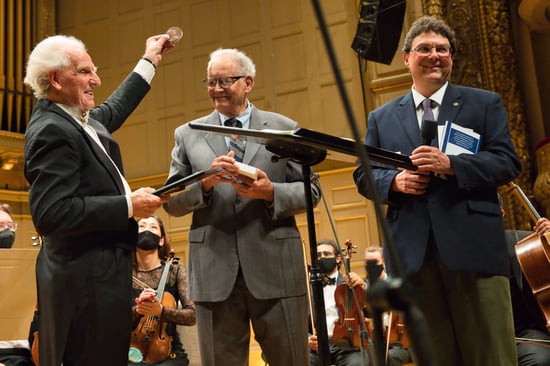 The medal has been awarded to other outstanding conductors, including Arturo Toscanini and Otto Klemperer, as well as more recent musicians, such as Daniel Barenboim, the recently late Bernard Haitink, and Herbert Blomstedt. This is only the second time the award has been given to someone in Boston. Serge Koussevitzky of the Boston Symphony was the first recipient of the award in 1934. 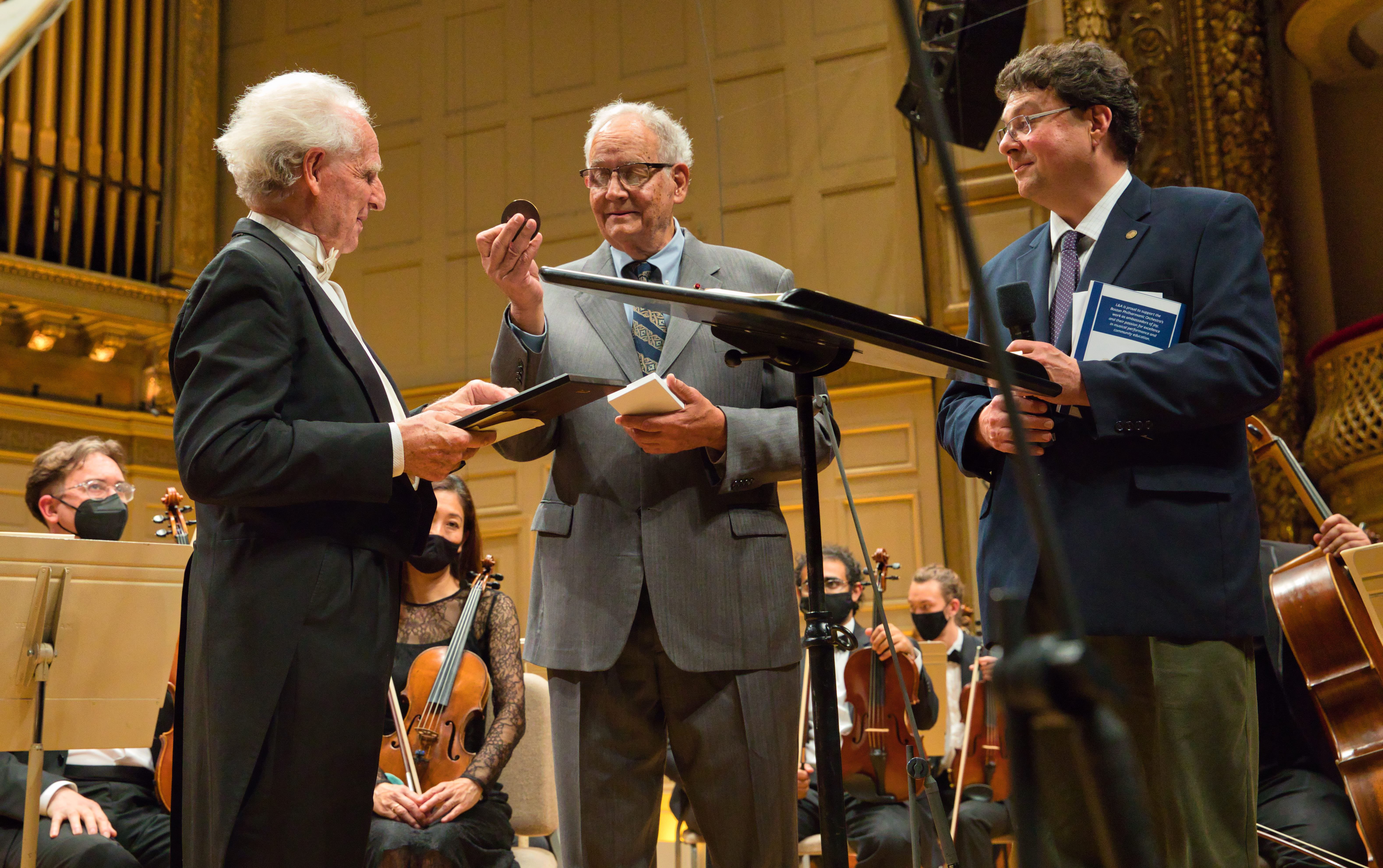 Zander received the award in recognition of his achievements as a conductor of Bruckner symphonies. In bestowing the award the Bruckner Society of America's board of directors said of the 82 year-old Zander, "Not only have your performances been musically compelling, but they have also brought Bruckner’s music to life for a wide range of audiences in the Boston area across many years. For this, the Bruckner community owes you both appreciation and gratitude. Your bold decision to help resume concert life in Boston in the wake of the COVID-19 pandemic with a performance of Bruckner’s Eighth Symphony is particularly admirable in our eyes."