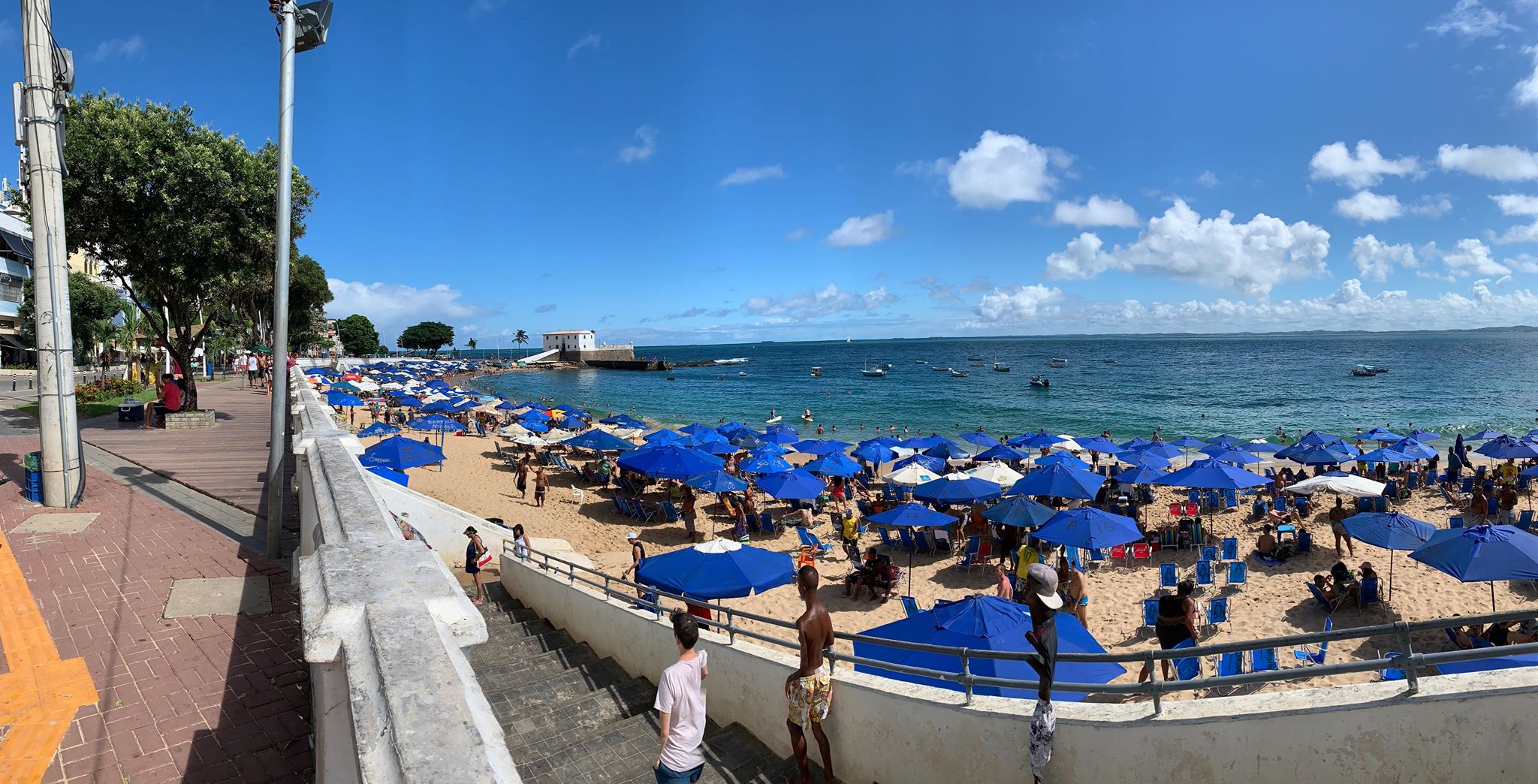 The first thing you notice when you get off the plane in Salvador, the first stop of the BPYO’s Brazilian tour, is that it’s one hot and humid town. It’s a truth that the closer you get to the Equator, the higher the thermometer climbs and Salvador, which sits pretty much directly between the Earth’s centerline and the Tropic of Capricorn, bears this out. 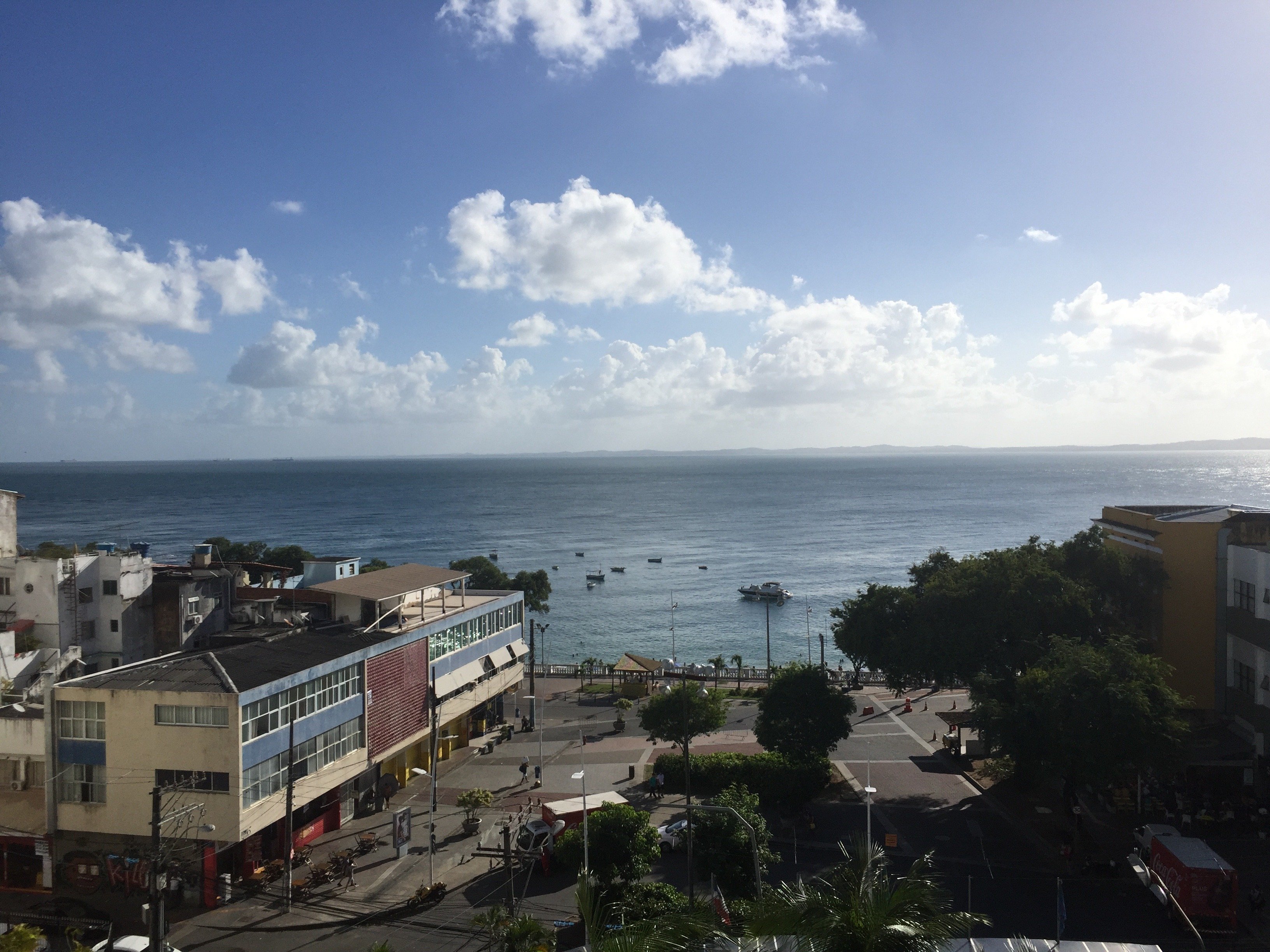 When we arrived on Friday, at noon on the dot, it was sweltering. By the late afternoon, though, the heat had let up sufficiently that you could stroll about outside and – especially – by the Barra district’s fabulous beach without being too much discomfited. And that’s a great thing, because, in many ways, Salvador is the quintessential city in which to begin a tour such as ours. 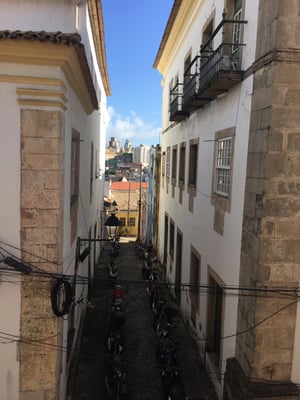 Capitol of the province of Bahia, it’s one of the oldest cities in Brazil. Founded in 1549, Salvador was originally situated on a hill that reaches up more than two hundred feet above the Baia des Todos os Santos (Bay of All Saints). Today, it’s expanded much beyond the original centro histórico – the airport, which is within the city limits, is nearly an hour’s drive away – and within its extended reach it seems to contain all the glaring contrasts that mark modern Brazil. 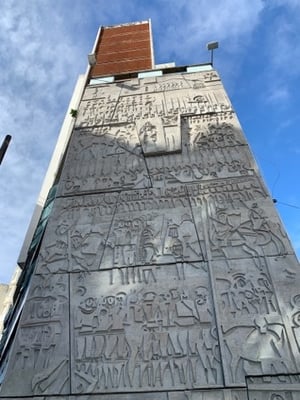 Aesthetically, Salvador’s a fascinating place, rife with color, from homes with Spanish tile roofs to the yellow-ceilinged walkways that connect the subway stations with the sidewalks across the highways to the charming pinks, blues, whites, and yellows of the facades of the centro histórico (whose colors are echoed on other buildings, old and new, throughout Salvador). Everything is tightly compacted: buildings, yards (such as they are), and roads accommodate a population in excess of 2.6 million (officially; the actual total is probably much higher) in an area just under 700 km2.

The latter are navigated by a mix of foot and motorized traffic, as well as big tour busses. We’re transported around the city by the latter and let’s just say that the precision with which the men who operate these beasts handle the machines in close quarters is more than impressive.

Salvador also boasts a rich, flavor-filled food scene. It’s got a big, busy port (any overview of the Bay of All Saints reveals dozens of ships underway) and seafood is a local specialty. So is bread – the focal point of breakfast at our hotel, Sol Barra, is a big table heaped up with various loaves, rolls, doughnuts, and the like. There’s also an abundance of meat, fresh juice, and ice cream here. Which is to say, we’re eating well. 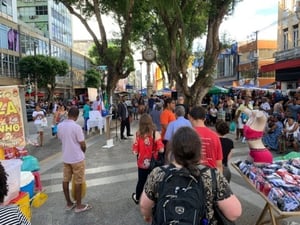 Like in the São Paulo airport, we encountered much warmth and friendliness from the locals, not least from the staff at our hotel and, later from the NEOJIBA orchestra (with which we had a side-by-side exchange on Sunday afternoon).

Of course, the principal reason the BPYO’s in Brazil is to make music, and Saturday the orchestra finally got to. Indeed, the day marked the first time that the full ensemble, with all its replacement players under one roof, were onstage together.

Before that night’s concert, there was a three-hour morning rehearsal at the Teatro Castro Alves. A multipurpose theater located about a fifteen-minute drive from the hotel, it’s an expansive complex that easily accommodated the BPYO and all of its equipment. 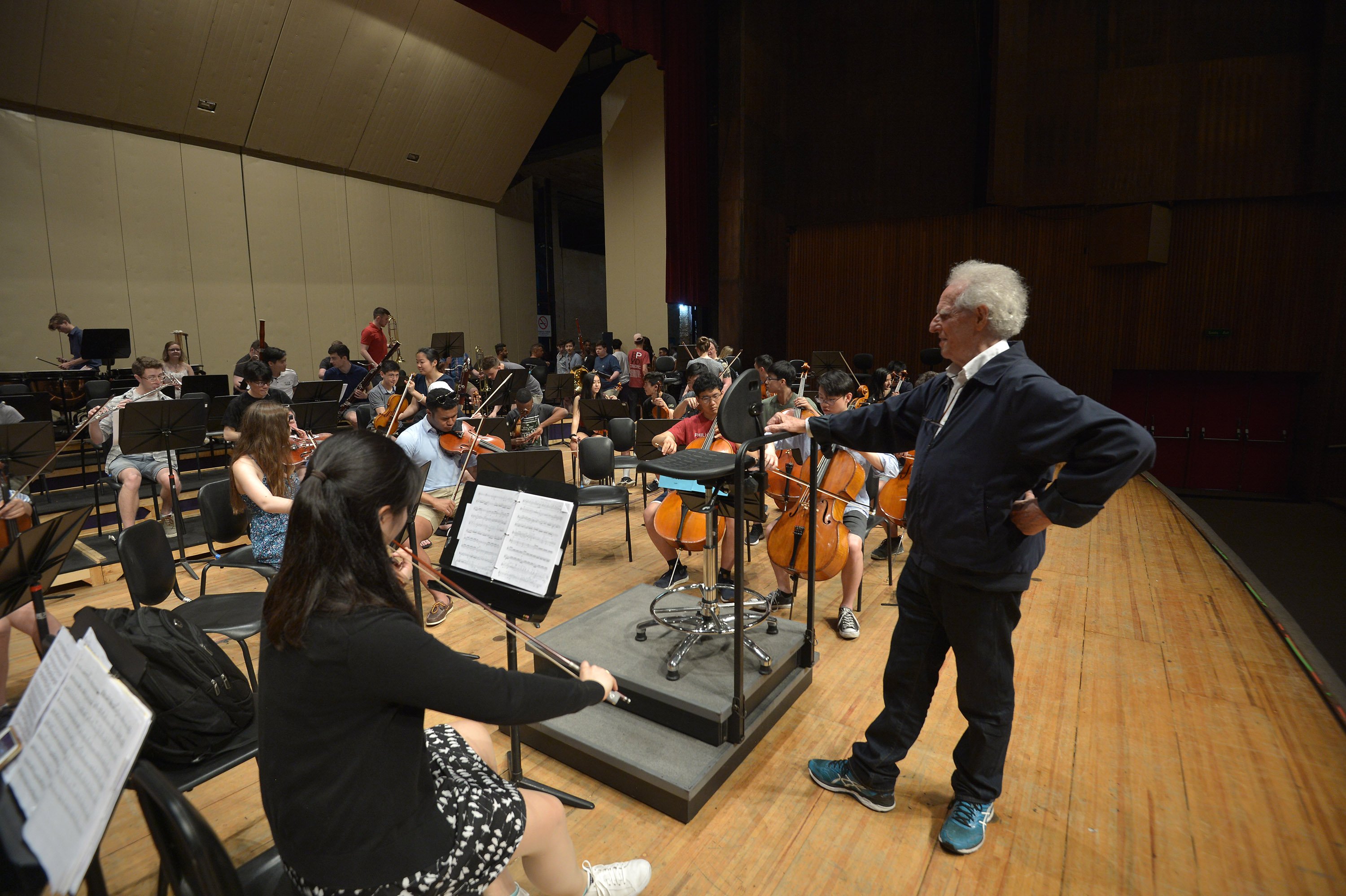 The rehearsal, itself, turned out to be essentially a straight play-through of the concert, with minimal stops and comments from conductor Benjamin Zander. After a soaring reading of “Nimrod” (from Elgar’s Enigma Variations), the orchestra read Clarice Assad’s Bonecos de Olindo. Commissioned by the BPYO and premiered last month, it’s a fresh, colorful curtain raiser that evokes Brazil through a series of shifting rhythmic gestures and sweeping melodies while vigorously showcasing all the sections of the orchestra.

After that, pianist Anna Fedorova gave a brilliant account of the solo part in Rachmaninoff’s Piano Concerto no. 2 and the orchestra wrapped the morning up with Shostakovich’s Symphony no. 10.

Then we broke for lunch in the centro histórico, getting a bit of the flavor of everyday life in central Salvador in the process. The city was teeming with people of all ages going about their business: playing, shopping, working, selling goods. 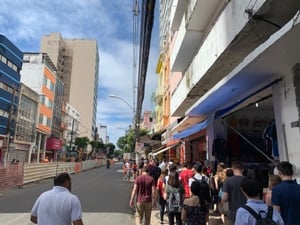 Unfortunately, our big group attracted the unwanted attention of some pick-pockets in the course of our twenty-minute stroll; a phone, a wallet, and a necklace were lost. Jarring as the experience was, thankfully nobody got hurt and we arrived in the centro histórico with some time to look around and eat before heading back to the hotel.

After decompressing there for a bit, we headed back to the Teatro for the night’s performance.

It was a solid first concert of the tour: lively and energetic, if, at times, a bit tense and edgy.

Bonecos de Olindo got off to a slightly nervous start, b 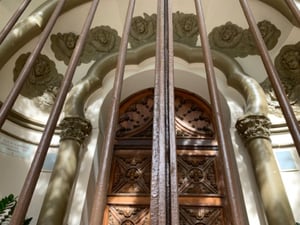 ut soon settled in, its shifting colors glinting brightly and the big percussion section solo around its midpoint thundering.

Fedorova’s interpretation of Rach Two in November was one of last season’s highlights: lean, polished, and passionate. Saturday’s was even better. Her account of the solo part, which was impressively fluent and impassioned in the fall, has become even more lucid and focused in the meantime. On Saturday, the work’s introspective moments – especially the gorgeous, delicate second-movement exchanges with the orchestra – were intensely concentrated, while the many mighty climaxes exhibited a mix of strength and songful power.

Soloist and orchestra were perfectly in sync over the opening movements, rhythmically and expressively. A couple of skittish spots in the finale aside, they were tightly matched in the finale, too. Among the performance’s orchestral highlights were principal horn Paige McGrath’s first-movement solos and the beautiful exchange of lines between principal flute Hunter O’Brian and principal clarinet Diego Bacigalupe.

Fedorova rewarded a warm ovation with Rachmaninoff Prelude op. 32 no. 12 as an encore. 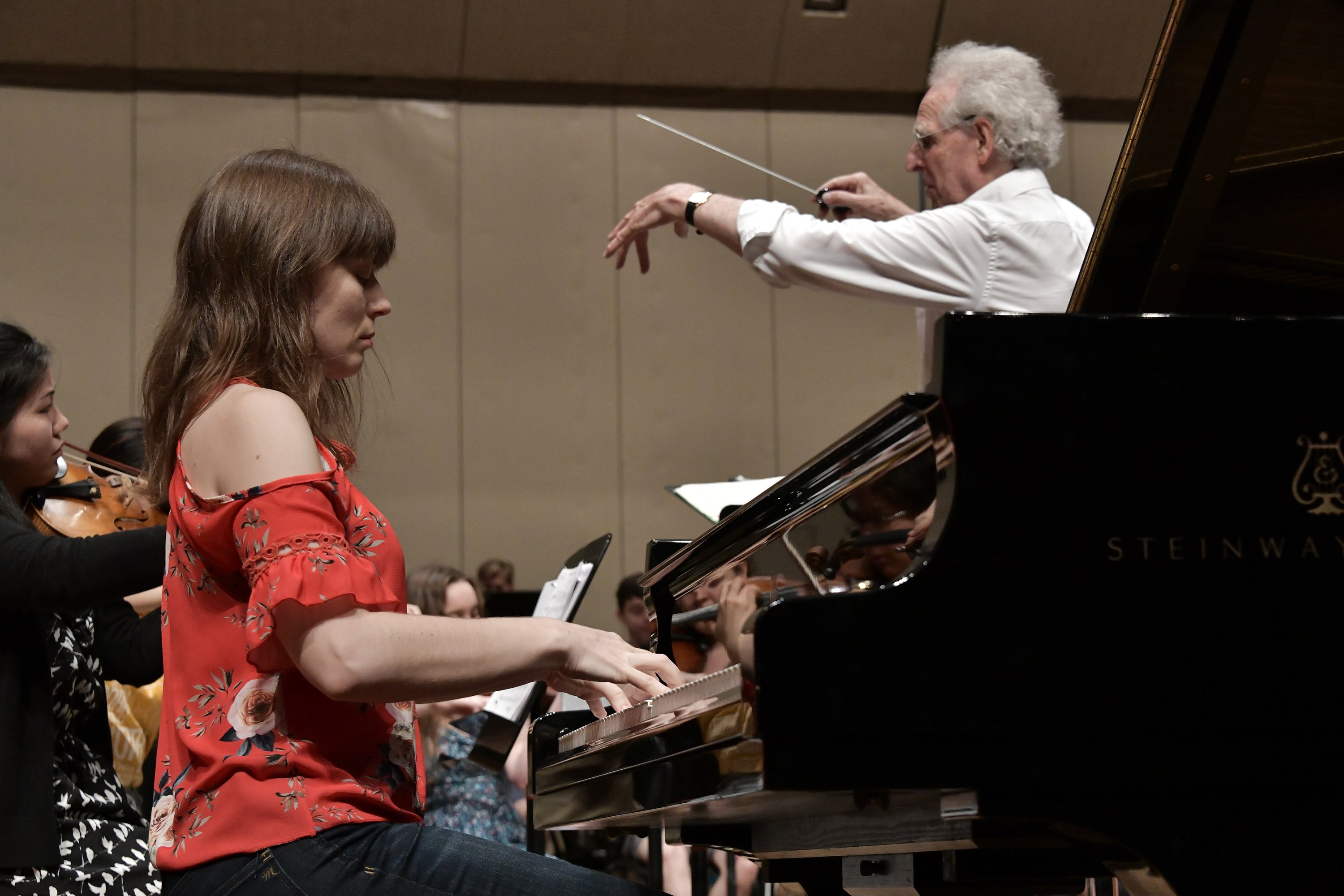 This was a piece the BPYO also played in November; then, I thought the reading compelling, dance-like, and urgent, if a bit tonally lightweight here and there.

The latter element, though, was absent on Saturday. Maybe it’s the return of some old faces to the orchestra or maybe the group’s simply grown more into the music, but, at Teatro Castro Alves, the opening motive of the first movement glowed darkly, in a way it hadn’t previously. Throughout, the ensemble’s sound was weighty but never ponderous. The shadowy waltz still danced and the movement’s explosive zenith screamed. 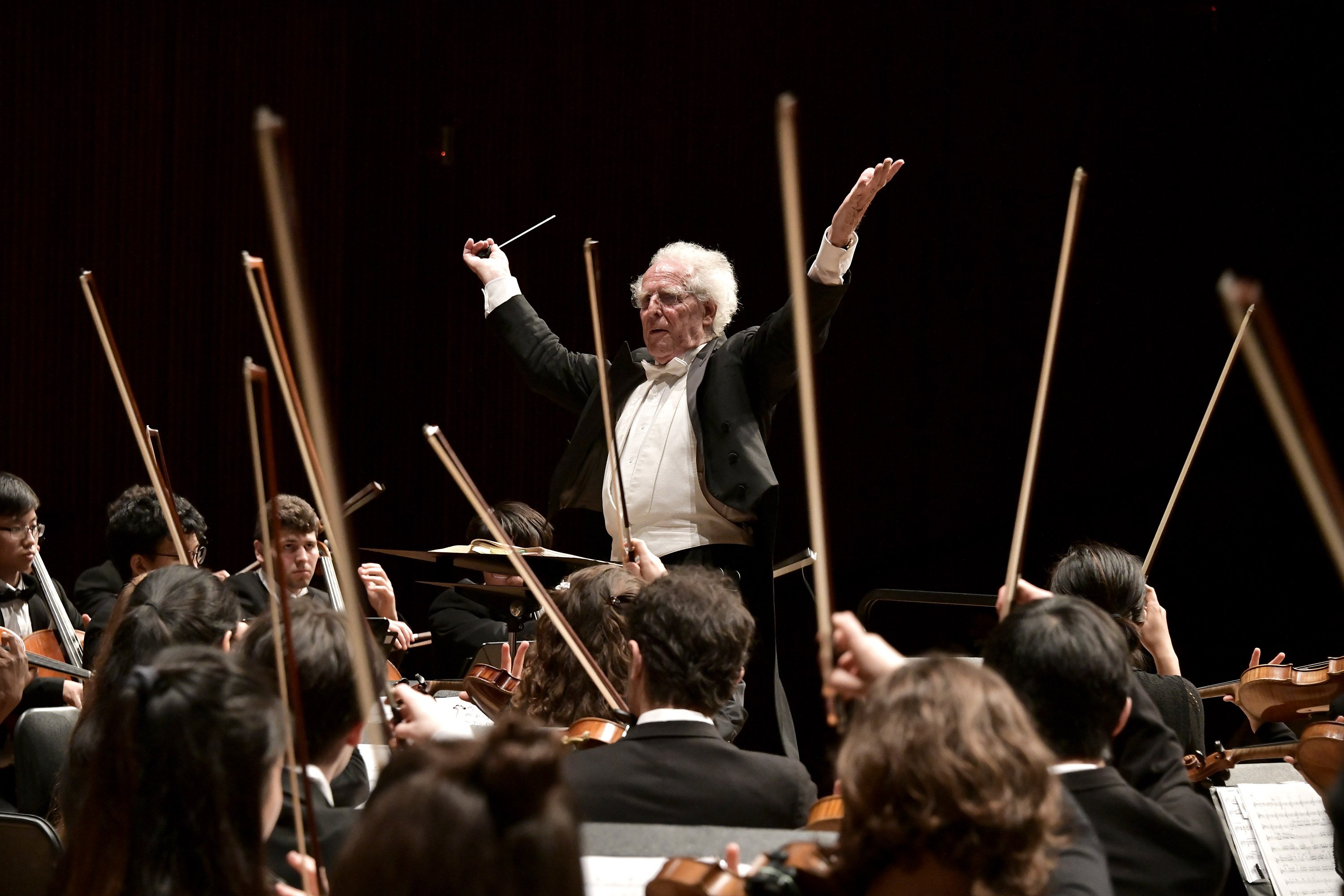 The chilling second was fierce and fast, while the third brimmed with raw character. The finale’s oboe solos were plangent and the thundering coda emphatic.

True, there were moments of loose ensemble in this performance. Some of the galloping refrains during the scherzo came unglued and, during the fugal episode in the middle of the last movement, the performance momentarily threatened to come off the rails entirely. But, between Zander’s sure direction and concertmaster Mitsuru Yonezaki’s unwavering leadership, the BPYO found its footing and powered through to the end. 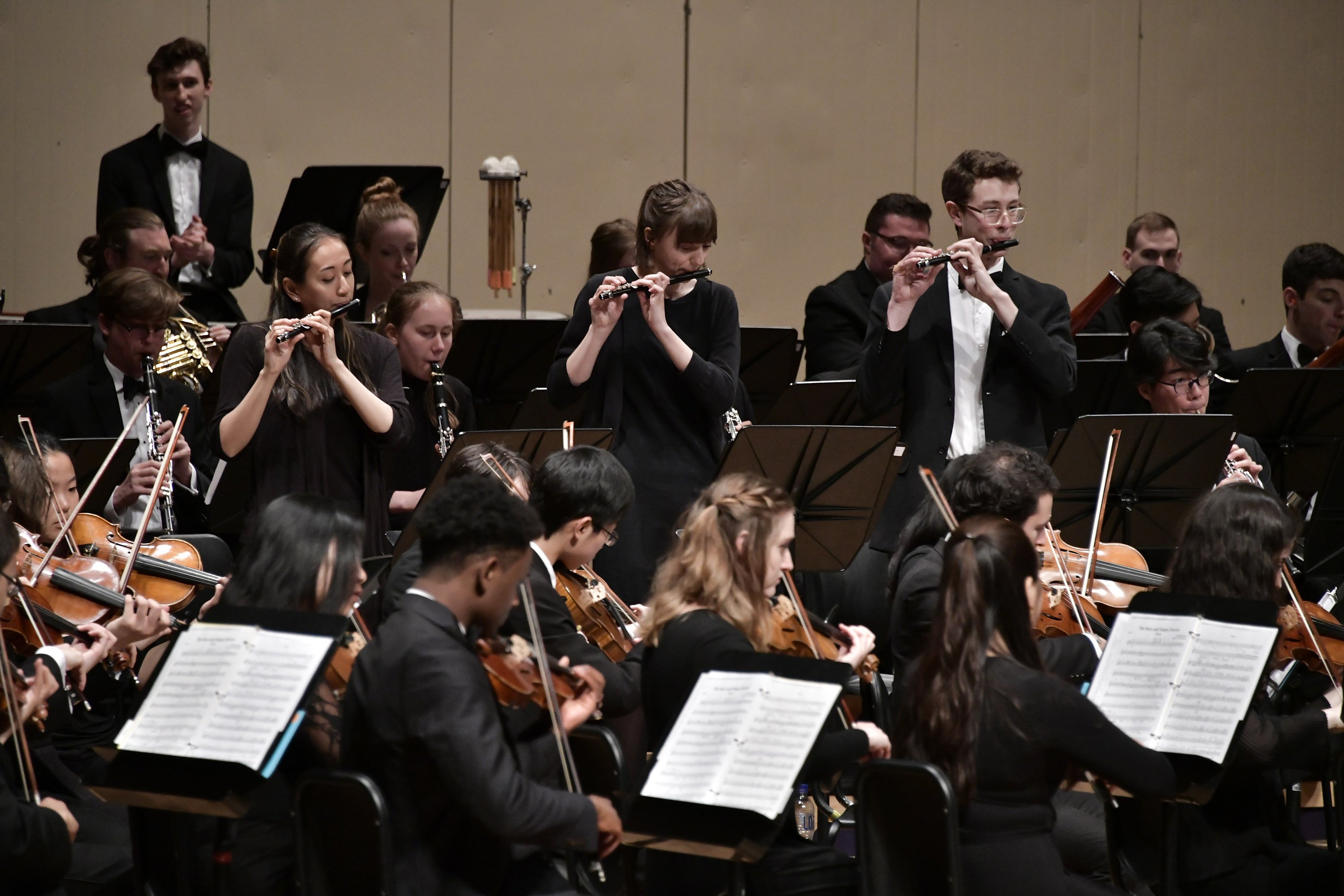 Despite those moments, there was some exceptional woodwind playing in this performance: one particular highlight was Lily Josefsberg's and Hannah Caris’ execution of the devilishly exposed piccolo duet that ends the first movement. And Daniel Pooley's iterations of the timpani’s final DSCH motto was thrilling.

Zander prefaced both of them with comments to the audience, as he also did for the full program, since there were no printed programs. The general thrust of his comments for the bigger pieces was to draw connections between the compositions and real-life circumstances in which they were written (e.g. Rachmaninoff composing the Second Piano Concerto as a way to work out of a long depressive state and Shostakovich’s Tenth channeling many of his pent-up emotions about suffering under Stalinist oppression following the Soviet dictator’s death). 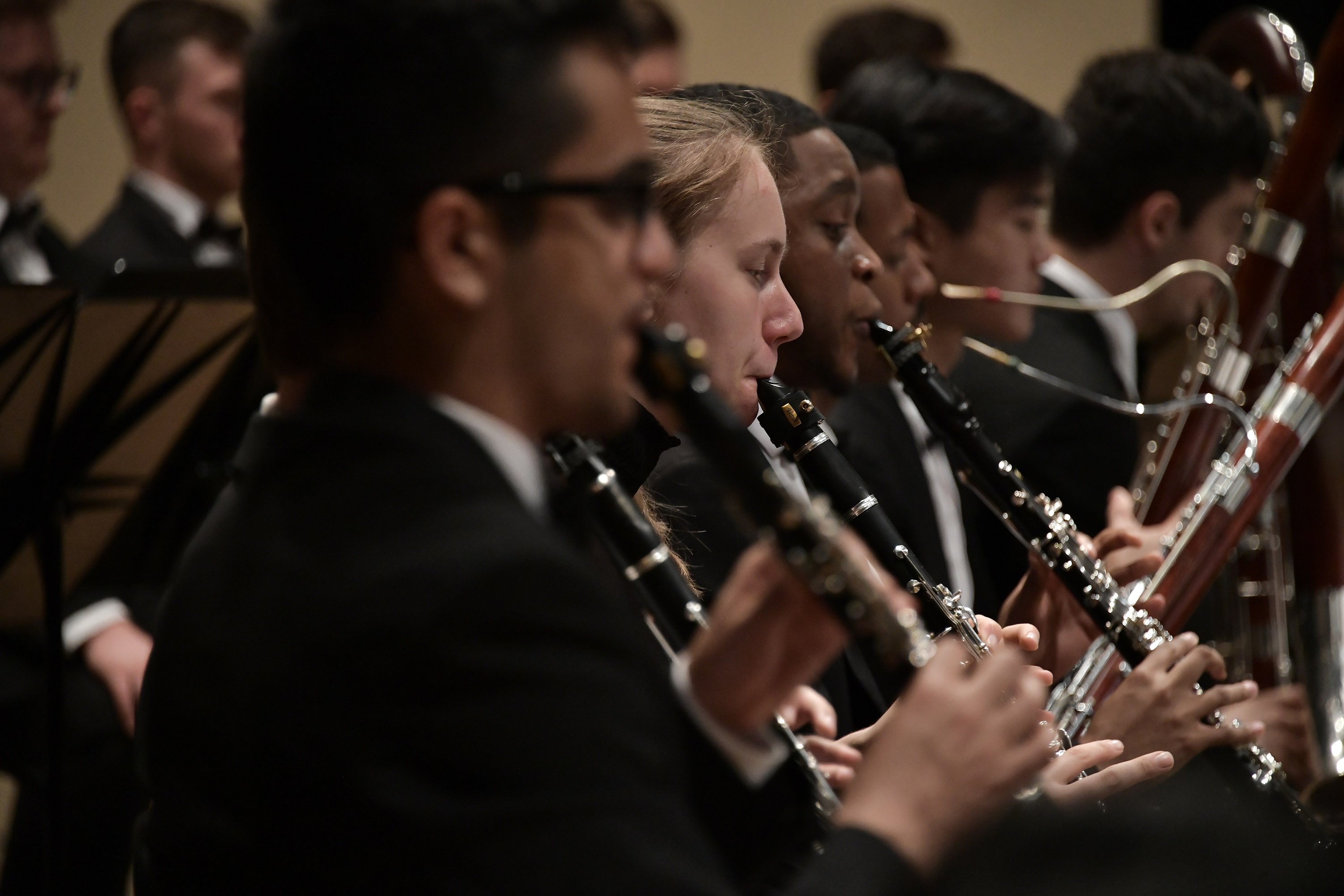 For the encores he waxed a bit more philosophic. Sousa’s march, he said, “is called Stars & Stripes, but you can’t write music that sounds like a flag.” You can, however, write music that embodies shared human values – courage, integrity, honesty, love, truth, etc. – things for which that flag presumably stands. “Nimrod,” on the other hand, acknowledges the endurance of friendship and love, even as it says farewell.

Saturday’s audience, which included a contingent from Salvador’s NEOJIBA orchestra (with whom we had an exchange on Sunday), received the sentiments and performances fervently.

It all made for a long day – we didn’t leave the Teatro until nearly eleven – but, with a free morning ahead and a successful first concert in the books, it was a happy orchestra that returned to Sol Barra for a very late dinner and a good night’s sleep.

Next up: NEOJIBA and Rio. 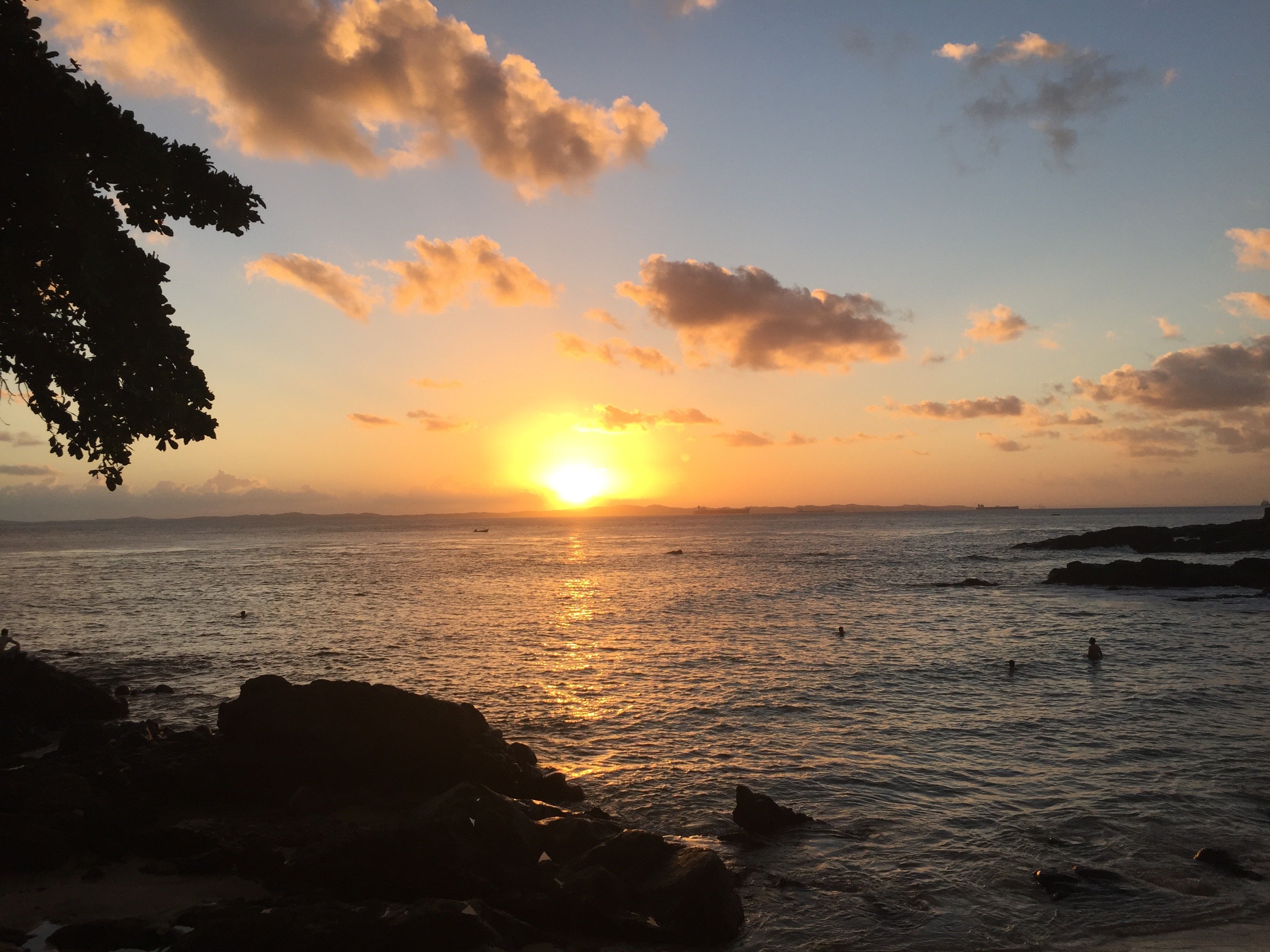