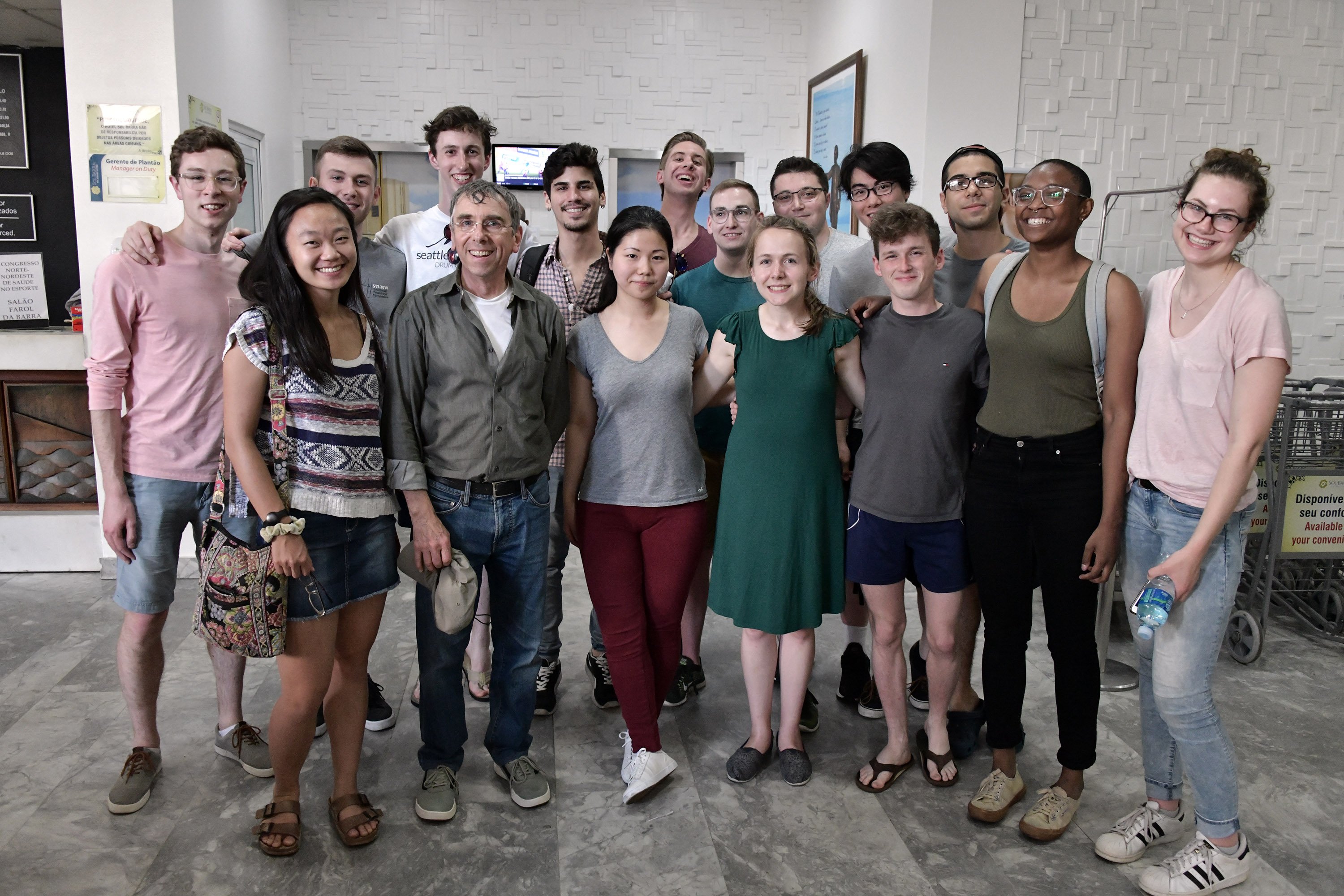 Getting here might have taken just a shade longer than the itinerary anticipated, and parts of the trek were more intense than others, but the Boston Philharmonic Youth Orchestra is now in Brazil. This is the ensemble’s second tour to South America in three years (in 2017 they visited Peru, Argentina, and Uruguay) and, perhaps because Brazil is the continent’s biggest country, this year’s journey is a particularly ambitious one.

As you’d expected, the orchestra’s repertoire for this road trip is meaty: Wagner’s Act 1 Prelude to Die Meistersinger, Dvorak’s New World Symphony, Rachmaninoff’s Piano Concerto no. 2 (with pianist Anna Fedorova), Shostakovich’s Symphony no. 10, and Clarice Assad’s Bonecos de Olinda. And, of course, there are a handful of smaller pieces being toted along as encores: there should be, in the end, something (or more) for just about everybody.

Speaking of everybody, one of the quirks of this year’s ensemble is that nearly 20% of the players on the tour didn’t appear with the ensemble during the concert season. This is largely a result of scheduling conflicts among the regulars and it’s been remedied, for the most part, by having a number of former BPYO members join us in Brazil. Since they haven’t yet all played together in concert, there should be a certain frissonto some of the upcoming performances.

Thankfully, there was nothing that upset the start of the trip on Thursday afternoon.

We set off that evening from Boston, a motley, good-natured crew of about 100 musicians, a half-dozen chaperones, conductor Benjamin Zander, and assorted others (all of whom you’ll get to know more about along the way). No undertaking such as this is simple or easy, as BPYO managing director Elisabeth Christensen can tell you. This is her ninth tour with Zander and the logistics of arranging such a thing – which veer from booking flights and hotels, to coordinating the rental of instruments and concert halls, as well as compiling one of the most thorough packing lists I’ve ever seen, and much else – are daunting.

Yet, thanks in large part to her organizational work and expertise, everything started off without a hitch on the orchestra’s side on Thursday. The people arrived in the right place at the right time, bags were checked, security cleared, and the great adventure begun.

Indeed, the only noticeable hiccup was the delay (by about an hour) of our departure to São Paulo. No matter: extra time for stretching legs and engaging in some plane-watching before a long trek is never unwelcome and yesterday had the added treat of featuring a couple of international heavies (including a Lufthansa 747-8) taking off from the runway across from our gate.

Once we got underway, the ten-hour flight to São Paulo proved mostly uneventful. The food was decent – the chicken meal I had looked as advertised and tasted none too bad for plane food – and the selection of on-board entertainments was respectably broad, if not particularly up-to-date (though it was fun to take in the first few episodes of Season 1 of Arrested Development again). 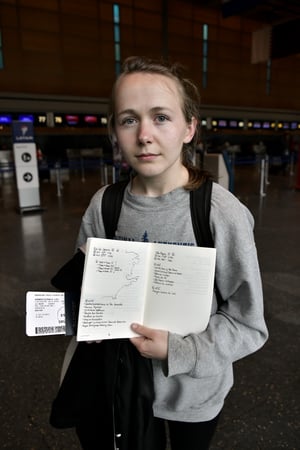 We flew south, across the Atlantic between the Eastern seaboard and Bermuda, passed over Puerto Rico, and then cut down across the coast of South America and on into Brazil. What was a mostly cloudy trip over its first half turned into partly clear skies by the second, so, if you were awake and seated by a window, you could catch glimpses of the lights of towns in and around the Amazon basin through the wee hours of Friday morning.

About an hour before landing, it was announced that all of the plane’s lavatories were out-of-order and breakfast was summarily, if discreetly, cancelled. Disappointing as that was, the lights of São Paulo proved at least somewhat distracting.

Boasting a population in excess of 13 million, São Paulo’s the largest metropolis in the Southern Hemisphere (indeed, it’s bigger than New York City, Los Angeles, and Chicago combined). And that’s what, arriving before dawn, it looks like: an enormous sea of lights stretching out as far as the eye can see (and from 37,000 feet, that’s quite a view).

We landed just half-an-hour late and deplaned fairly quickly, which turned out to be a good thing since the line at customs was almost overwhelmingly long. In fact the word “line” is a bit generous: think of a mass of people filling a warehouse-sized room, sometimes organized within rope lines, sometimes without, and you get some sense of the picture.

Indeed, it’s amazing just how quickly a four-hour layover can disappear while standing still. And, since the customs desks were understaffed, that’s just what happened. It took more than two hours before our whole party cleared through to pick up our luggage and transfer bags to our connection to Salvador. This process, too, was a tedious one, though the airport staff, on the whole, were friendly and kept things moving along as speedily as they could. (To judge from our larger experience with Brazilians throughout the day, those characteristics – kindness, cheerfulness, sincerity – seem to be broadly shared.)

After that, we had to transfer to a different terminal and here things got a bit hairy. Suffice it to say, the São Paulo airport rambles like the city it represents (at least to one who’s unfamiliar with it and sleep-deprived); unfortunately, maps and information counters were as scarce as the airport is expansive. By fits and starts, though, all but one of us made it to the gate and plane to Salvador in time for departure (and our Prodigal rejoined us after catching a later flight in the afternoon).

The 900-mile trip to Salvador left about forty minutes behind schedule, but it was a perfect day for flying and the countryside we passed over – some of which we’ll get to explore from the ground during the second week of our tour – was captivating. More on that to come.

At any rate, we arrived in Salvador around noon, loaded on a pair of buses, and, after a relatively straightforward drive to the beach, found ourselves at the Sol Barra Hotel, with a bountiful feast of fish, chicken, beef, fresh fruit and vegetables, desserts, and juices set out for our benefit. With more than twelve hours between meals for most of us, well, you can imagine how that went over: let’s just say it was a marvelous introduction to Brazilian cuisine.

Afterwards came the first change in plans of the tour: Friday afternoon’s side-by-side with Salvador’s Neojiba Orchestra was cancelled due to a strike in front of the Teatro Castro Alves. Given all that’s to come these next days, though, some unexpected free time isn’t a bad thing. On Saturday evening we’ve got our first concert and from then until we head back to Boston on June 28th, there isn’t a day off. Time, then, for a bit of much-needed rest!