A Message from Benjamin Zander about the 2019-2020 Season 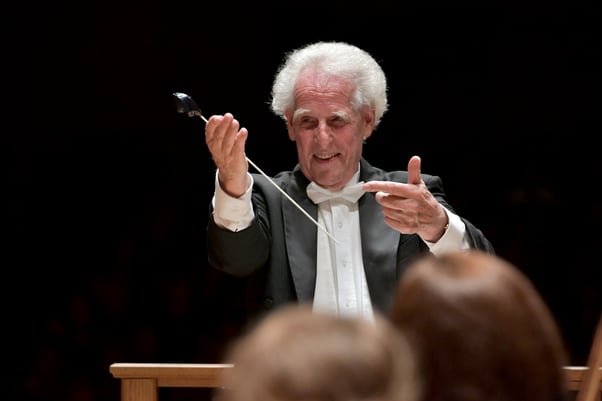 Boston Philharmonic A Message from Our Music Director

Everything we do at the Boston Philharmonic is aimed at giving our patrons spellbinding and unrepeatable experiences of great music. Our recipe varies from program to program, but it usually involves a mix of the familiar and the yet-to-be-discovered. You can count on hearing soloists with whom I have established a special connection. And in many cases, they are artists who are entirely unknown to Boston audiences. 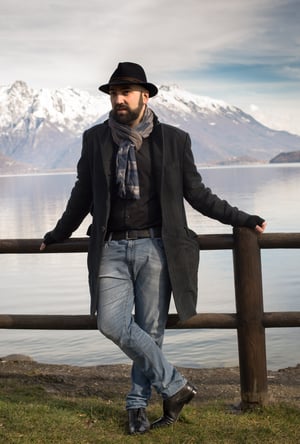 A friend recently insisted that I listen to Alessandro Deljavan, a pianist of Persian and Italian extraction living in Italy. After spending hours listening to the 24 (!) CD’s he sent—ranging from Scarlatti to Scriabin to the complete piano music of Reynaldo Hahn, each rendered with tremendous artistry—

I knew I had to bring this remarkable musician to Boston. But what concerto from his vast repertoire should we perform? I felt mastery such as his called for the king of piano concertos, the Brahms Second, which demands profound musicianship, power, command, free spirit, warmth, and poetry.

These are the same qualities required to perform Bartok’s ultimate test of virtuosity, the Concerto for Orchestra. Brahms and Bartok, though vastly different make wonderful companions on a concert program. And both are works very close to my heart. The evening begins with the enchanting overture to that most enchanting of Mozart operas, The Magic Flute.

“[Alessandro is] revelatory in every respect. Everyone in the hall knew that they were hearing something special—something wonderful—from the very first notes. At the end, the spontaneous eruption of cheers was so different from the perfunctory ovation that any decent performance is awarded, that being a part of the thrilled crowd was a unique experience in itself." THEATER JONES 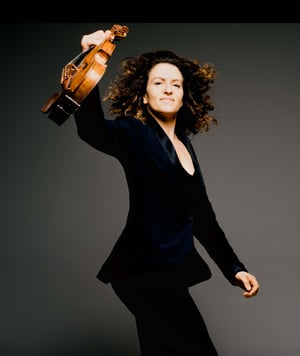 The second concert opens with an enthralling depiction of the sun rising and falling over the Aegean Sea, as composer Carl Nielsen experienced it during a visit to Greece in 1903. From darkness to brilliance, the Helios Overture builds and recedes as it tracks the path of the sun.

One of the joys of touring to other countries is that occasionally I discover a remarkable artist whose reputation has not yet reached the United States. During the last BPYO tour to Europe, I was introduced to one of Holland’s most revered musicians, Liza Fershtman. Her performance of the Beethoven Violin Concerto is subtle, impassioned, richly hued, and deeply considered. I look forward to merging my own strong convictions about this work with the insights and radiant musical personality of one of our era’s finest violinists.

Considering the intimacy of the Beethoven, the final piece on the program had to be a work that could challenge the orchestra to the limit. What better choice than Rachmaninoff’s Symphonic Dances? A recently released historic recording allows us to hear Rachmaninoff himself demonstrating a substantial portion of the work on the piano. Rachmaninoff forbade private recordings of his piano playing, but fortunately someone secretly switched on a tape recorder in the next room while the composer was showing Eugene Ormandy how he wanted the piece to go. His greatest orchestral work, the Dances inhabit both the Old and New Worlds: they are Russian to the core, but with a filmic element that reflects its place of birth, Los Angeles. It is also Rachmaninoff’s swan song, and displays his total mastery of orchestration as well as a succinctness not evident in his earlier orchestral works.

and energy of her performance thoroughly compelling." THE STRAD 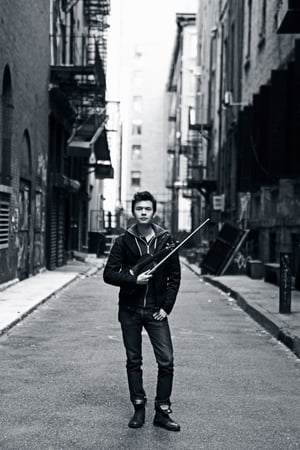 When Stefan Jackiw was 14, I invited him to perform the Mendelssohn Violin Concerto with the Philharmonia Orchestra in London. After the rehearsal, one of the cellists said to me, “I have been in this orchestra for 25 years, and have heard virtually every major violinist. But that was the most beautiful Mendelssohn I have heard.” That was 20 years ago. Stefan’s career now takes him around the world. But I feel it is time for him to come home to inspire the next generation of musicians in the BPYO. It is only fitting that he performs with us, once again, the Mendelssohn concerto.

The program begins with the dramatic overture to Verdi’s opera Forza del destino. The program concludes with Mahler’s First Symphony. It is arguably the most original first symphony ever composed, from its magical evocation of dawn at the opening to the thrilling climax of its vast Finale. This symphony—teeming with quotations from his first song cycle, the Songs of a Wayfarer—tells the story of his youthful hero's absorption with nature, his adventures, trials, and ultimate triumph.

“Such soaring beauty of tone, such strength and purity of feeling, that this hardened listener burst into tears. ” BOSTON GLOBE 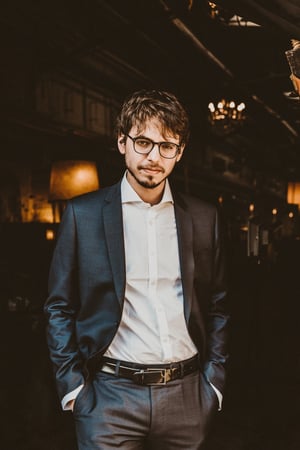 The third concert takes us to the Bohemian countryside and its environs. Kodaly’s popular Galanta Dances, inspired by the music of his hometown in Hungary, display the brilliant playing of principal clarinetist, Rane Moore.

The Liszt Second Piano Concerto introduces the extraordinary pianist Lucas Debargue to Boston. I was listening to the winners of the 2015 Tchaikovsky Competition—including our own local star, George Li, a frequent performer with the BPO and BPYO—when by chance my ear fell on the fourth-place winner. You can do the same thing by going on YouTube. You will probably have the same experience I had: sheer amazement. A self-taught genius, there is an uncanny intelligence and communicativeness that I have come across very rarely.

“I have no hesitation,” wrote the great musicologist Sir Donald Francis Tovey, “in setting Dvorak’s Seventh Symphony along with the C Major Symphony of Schubert and the four symphonies of Brahms as among the greatest and purest examples of this art form since Beethoven.” In the heat of composing it, Dvorak wrote, “Wherever I go I think of nothing but my Seventh Symphony, which must be capable of stirring the world.”

“There hasn’t been a foreign pianist who has caused such a stir since Glenn Gould’s arrival in Moscow in the midst of the Cold War, or Van Cliburn’s victory at the Tchaikovsky Competition.” OLIVIER BELLAMY, HUFFINGTON POST 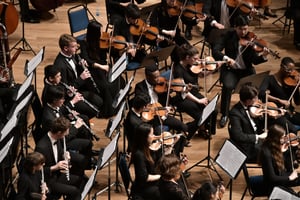 The second concert of the BPYO season brings together two of the most revolutionary and colorful works in the repertoire: Stravinsky’s ballet Petrushka and Berlioz’s Symphonie fantastique. Both tell fantastic stories with the most lavish orchestration.

Petrushka, one of the most beloved of all Stravinsky's works, demands the utmost virtuosity from every member of the orchestra. To convey every dramatic detail of the story, super-titles will be projected above the stage, keeping you abreast of every flirtation and clash between the story’s puppets: Petrushka, the Ballerina, and the Moor.

Symphonie fantastique is one of the most thrilling aural experiences you can have in the concert hall. Berlioz’s composition revolutionized all composers’ understanding of what was possible in writing for a symphony orchestra. This is a concert ready to be enjoyed by every member of your family. 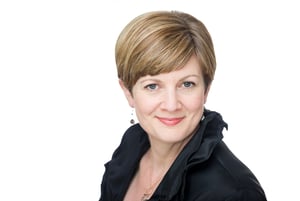 After 18 years, it is time once again for the BPO to perform Mahler's exalted paean to nature, the Third Symphony. It is the longest and most all-embracing of all his works. In it, he set out to express the essence of his relationship to nature. Visiting Mahler while he was composing the Third Symphony at his summer retreat, his young apprentice Bruno Walter took a moment to reflect on the astonishing mountain view. "You needn't stand staring at that,” Mahler crowed, “I've already composed it all!" In this vast and profound work for chorus, orchestra, and mezzo-soprano, you will hear it all—from exaltation to terror to union with the primal forces that surround us. Renowned mezzo-soprano Susan Platts returns to sing the poignant setting of Nietzsche's Midnight Song.

"Platts's dark, fervent mezzo was the most superbly Mahlerian voice of the evening, emerging out of a full orchestra with a setting sun's warm glow." GLOBE AND MAIL 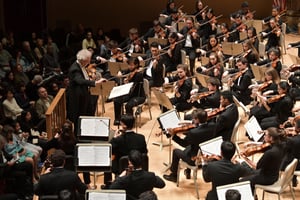 For the final concert of the season, we bring together three works by composers who demonstrate extraordinary strength while confronting extreme emotional pressures.

In the opera Peter Grimes, Benjamin Britten writes with deep psychological insight into the atmosphere of a small village that cannot tolerate people who are different. The opera’s seven-minute Passacaglia portrays the most harrowing moment in the opera, when the drama is played out off-stage.

Paul Hindemith’s Symphony Mathis der Maler imagines the inner life of the painter Matthias Grünewald, who created artwork of enormous compassion even while suffering fierce personal persecution. Because of its content, and its mastery, the Nazis considered the work to pose a serious threat. Hindemith was forced to leave the country.

Tchaikovsky’s Sixth Symphony finds the composer at the height of his creative powers, despite living uneasily in a culture that rejected the very essence of his being. His final

composition, the Pathetique, is one of the greatest tragic utterances in the history of music. No degree of familiarity with the work lessens its power to touch us, and it seems to reach places within us that only this work can.

“One could not hope for brighter, more attractive and hope-inspiring emissaries from the America we hold dear. They can serve with certainty to summon our better angels.” BOSTON MAGAZINE